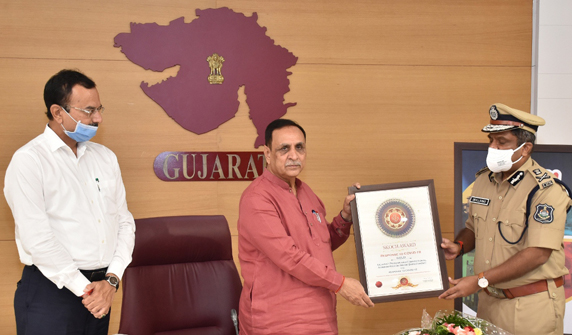 The book has been prepared by Dr. K. L. N. Rao, Additional Director General of Police, Head of State Jails and has made a commendable effort to make the people super aware of many activities including prisoner correction of various jails in Gujarat. Releasing the book, CM expressed the clear view that the book will highlight the common belief and perceptions of the people about prisons.

Mr. Rupani said that even Lord Krishna was also born in jail. Not only that, during the independence period, many leaders made good use of their prison time to build capacity for the freedom struggle.

CM also recalled that Veer Savarkar had composed patriotic poems during his imprisonment in the Cellular Jail in Andaman and Nicobar and echoed the history of the freedom struggle among the people.

CM hoped that by compiling such information in book form, it would be useful for the researchers as well as would give a new direction to the environment of the jails, making the work of the jailors and jail staff more socially useful. Gujarat is the only country in the country to receive the prestigious Skoch Award for corona prevention, Self-production of Mask-Sanitizer and for Excellence in Prisoner Reform Activities.