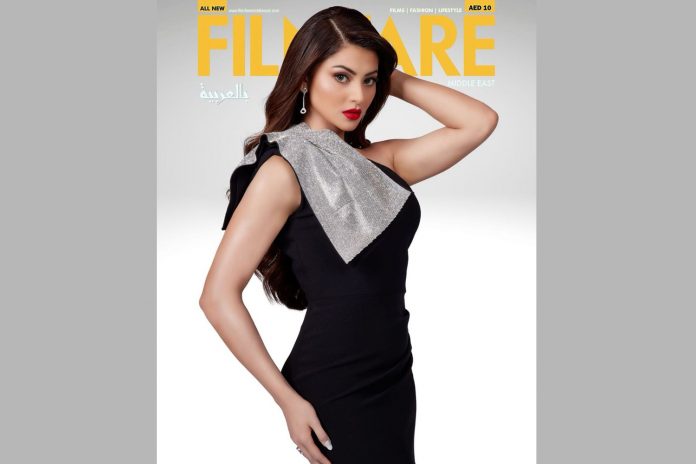 Soumya Ranjan Chakra is an Indian Musical Artist, Digital Marketer, Influencer who is mostly known as a Meta model rather than a musician

Urvashi Rautela, a Bollywood superstar, is gaining international recognition for her song Versace Baby. Urvashi Rautela is without a doubt a fashion diva who never fails to enchant her followers with her unusual yet stunning appearance. Versace Baby, the actress’s most recent international hit, is currently trending at number one all over the world and the videos are going viral on social media. Her looks from the song are all inspired by Versace, which is still trending on Youtube.

Urvashi Rautela has been offered the privilege of being featured on the cover of Filmfare Middle East magazine’s November 2021 issue, which is one of the world’s premier fashion magazines. Urvashi Rautela was seen wearing the designer gown by Bronxandbanco worth 1 lakh rupees which the actress carried with ease. Urvashi Rautela posed for Filmfare Magazine wearing a Black Asymmetric shoulder hem fitted thigh slit dress with high stilettos and accessorized with long earrings. No doubt Urvashi Rautela is looking damn gorgeous on the Filmfare cover.

Urvashi Rautela is currently filming her upcoming action flick, which she has yet to name. The actress also just shared the poster for her upcoming film, DIL HAI GRAY, a Hindi version of the Tamil film Thiruttu Payale 2.

On the job front, Urvashi Rautela will play the lead part in the bilingual thriller, Black Rose. She will also make her Tamil debut opposite Saravana in the 200 crores big-budget film The Legend. Urvashi Rautela will soon be featured in the Jio studios web series Inspector Avinash, in which she will play the protagonist alongside Randeep Hooda. Jio Studios and T-Series have also signed the actress to a three-film deal. Doob Gaye, which she performed with Guru Randhawa, and Versace.