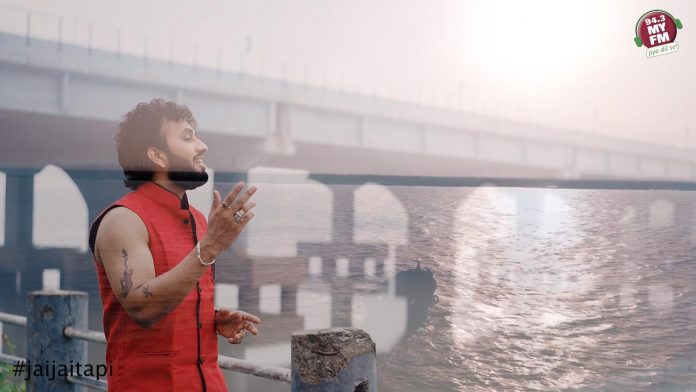 “When you dream big, you got to work just as hard.” says Pardeep Singh Toor

Surat, Gujarat [India]: On 16th July, on the occasion of Tapi Jayanti, a glorious song ‘Jai Jai Tapi’ was launched to pay homage to the river Tapi. Tapi is very important in the life of every Surti.

Through this song, musician and 94.3 My FM celebrity RJ Maddy and Ishaani Dave Established Singer & daughter of Gujarati singer Praful Dave, has enhanced the dignity of Tapi in her melodic tones.

No matter how many words of praise we write for this special song, the music of ‘Jai Jai Tapi’ seems to be liked. The lyrics are written by Vihul Jagirdar, the music is arranged and programmed by Swapnil Nangi.

Mix-Mastered by Swar Mehta. In addition to this, very good verses have been recited by RJ Pratiksha of 94.3 MYFM and RJ Mihir Pathak at the beginning of the song.

You can watch this song on RJ Maddy’s Instagram Channel where more than 100k people have already seen this. RJ Maddy has enhanced the pride of Gujarat in the country and abroad. He is also known for setting the tone for Navratri. His lyricism is all over Gujarat. His juggling with Ishaani Dave in ‘Jai Jai Tapi’ is very nice.

RJ Maddy is also known as Mrunal Maddy. He has so far performed over 2000 shows in over 20 countries. He has also done music direction and playback singing in Gujarati movies.

Video work done by Dheeraj Maurya and Dhruvin Mali. Nikunj Jadhav was DOP in the coolest locations of the city, which has shown the beauty of Tapi in the song in a very nice way. The video has been edited by Vivek Jadhav. So did you hear this song or not? Watch this song on RJ Maddy’s channel on YouTube and share it with every Surtis and Gujaratis. Tapi is the pride of Surat and this song is an accurate description of pride.

This song has been viewed by more than 1 lakh people on Instagram MyrjMaddy as well as on YouTube.

Watch this song on RJ Maddy’s channel on YouTube: