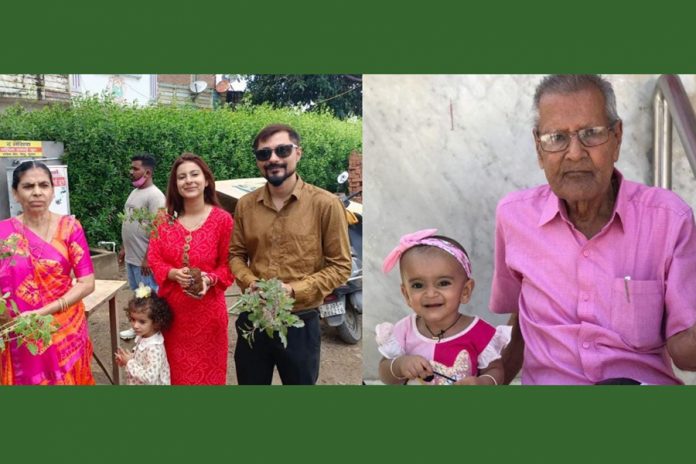 Freemasons of Telangana to provide tools to poor, petty traders, self-employed, homemakers, street vendors to regain their livelihood which they lost due to Covid

Surat, Gujarat: On the First death anniversary of late Mr Shashikant Shantilal Vakharia, His Grand Child Niti Vakharia Kharwar & Family had a Tree plantation for his remembrance at Old Age Home At Mahadevnagar.

Jiyana was lucky to be part of this tree plantation. As He sang lohri for him n did jhula too. Thanks to Jignesh Gandhi for making this event a great success.

Late Shashikant Shantilal Vakharia was a very simple but decent man. A simple down to earth person always helped others.

Delhi Public School Muzaffarpur – The First DPS in the City...