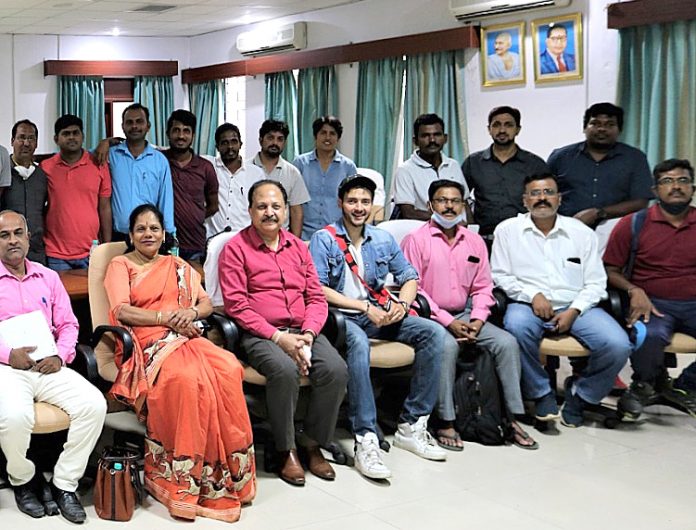 Mrs Devarajjamma Vice President of Hockey federation India felicitated Kovid Mittal for his commendable and inspiring work in sports film, “6387 Meters Black Peak” which was specially screened for all national level coaches at the event. She was quoted saying, how a diverse personality like Kovid Mittal is a role model for everyone pursuing their goals and how a positive attitude is must for striving in competitive world of sports & films.

The purpose of this event was to bring all sports coaches across India under one roof and discuss various challenges faced in sports. After Kovid Mittal’s film was screened there was live one on one interaction between him and coaches. We spotted lot of coaches and athletes appreciating the film and how inspiring it is for youth of our country. Kovid Mittal spoke at length about challenges and hurdles that are faced by sportsperson and how government and coaches can contribute in bringing gold at olympics and Asian Games in future as well as in athlete’s personal growth. He personally invited all coaches & athletes to contact him on social media and if he can be of any sort of help to any upcoming athlete.

Kovid Mittal spoke to media about he was approached for this film and the final part of film that is “Mount Everest” to be shot soon & how the same film was shelved in 2017 due to technical and financial glitches. He thanked all the producers present and national coaches for making the event a successful run.