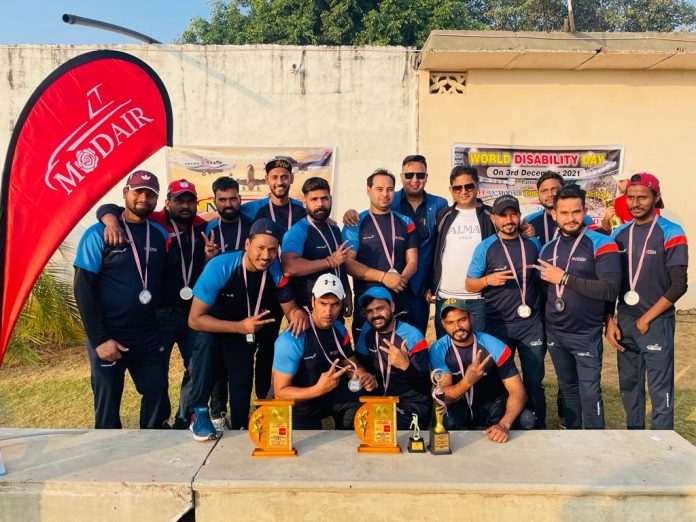 The Art Of Self Learning

Packers and Movers in Delhi- Safe Shifting with Asknavigator & ThePackersMoversDelhi

Modair has also announced a scholarship for this cricket tournament to motivate the differently-abled players to become self-dependent.

Modair is already working for the welfare of persons with some disability in terms of motivating them to become self-dependent as athletes/sportspersons. The cricket match organised between the teams of Modair and Spice Jet comprising differently-abled players and the scholarship announced by the Modair for the same is just another step in this direction.

Under the astute leadership of passionate aviator Mr. Atul Jain, CMD, Modair together with the experienced aviator Mr. Varun Mittal, CEO, Modair, the company also extends helping hand to credible charitable trusts, who are actively involved in supporting specially abled people. Apart from all these, Modair undertakes several other benevolent works for the welfare of the underprivileged and needy people of the society.

Mr. Atul Jain, CMD, Modair said, “We wish both the teams all the luck for this grand tournament and we are extremely hopeful for their outstanding performance. Modair remains deeply committed to its responsibility towards the development of this particular segment and particularly through this initiative we aim to support these true stars who have risen beyond their disabilities to shine bright in the open sky.”

Mr. Atul Jain has vast experience and expertise of conducting good social activities for the differently-abled segment of the society. Modair truly believes in giving back to the society and it follows an approach of responsible business. As part of its CSR activities, the company also offers employment to the physically impaired to give them a ray of hope and mitigate their hardships.

Modair started its journey in 2021, when it contracted its first aircraft lease agreement, a landmark that helped launch a new industry. The company started allowing easier access to capital for the world’s rapidly expanding general aviation industry especially the Indian Aviation industry and enabled low-cost air travel for millions of travellers.

Today, Modair offers one of the largest fleets of training and charter aircraft, besides the widest array of solutions to meet customer needs. With a modern, innovative fleet in service and on order, Modair is ready to drive the businesses of its clients several notches higher. Modair will expand its wings to every corner of the globe in the times to come.

Pooja Singh: The revolutionary female traveler & entrepreneur in the hospitality...